1-Dutchman Ernie Brandts is the only player to have scored for both teams in World Cup Finals.
On June 21, 1978 vs. Italy (won 2-1 by the Dutch), he scored and own goal in favor of Italy in the first half.
He redeemed himself in the second half by scoring Holland’s equalizer with a long-range shot.

2- Silvio Berlusconi’s AC Milan acquired Argentinean Claudio Borghi after his displays for Argentinos Juniors in their Copa Libertadores and Intercontinental Cup run in 1985.
At the time, many predicted that he would be the next great superstar and much was expected of him during the 1986 World Cup.
Since AC Milan already had its foreign player limit in 1986 (Englishmen Ray Wilkins and Mark Hateley) and 1987 (Dutchmen Ruud Gullit and Marco van Basten), Borghi was loaned to Serie A club Como.
After the limit was raised to three in 1988, Berlusconi wanted to integrate Borghi in the team. However, AC Milan manager Arrigo Sacchi insisted about Dutchman Frank Rijkaard.
Sacchi was strengthened with the Scudetto win and therefore Berlusconi relented.
Many years later, in an interview, Berlusconi tried to claim credit for having the idea of having 3 Dutchman in the same team.
Football writer Brian Glanville correctly pointed out this error in his column.
Borghi is the current manager of Chile.

3-Of all the European teams that qualified for the 1982 World Cup Finals in Spain, England had the worst record of all in the qualifiers.
Their total tally of 9 points (which included 3 losses) was even less than some teams that did not even qualify (ten points for Wales and Republic of Ireland).
Ironically after the qualifiers, they went on an impressive unbeaten streak and were eliminated from the World Cup having been unbeaten and concede only one goal.

4- German manager Berti Vogts once claimed that he was so unpopular as a coach, that if he walked on water, his detractors would complain that he couldn’t even swim.

﻿﻿﻿﻿﻿﻿﻿﻿ ﻿﻿﻿﻿﻿﻿﻿﻿
5-Trevor Francis, as manager of Queens Park Rangers, in 1989 suspended and fined one of his players, Martin Allen, for leaving the team hotel and going to his wife’s side while she was in hospital in labor.
Francis later apologized and admitted he was wrong at the time.

-Match number 496 for Belgium and number 293 for East Germany.

-The final ever match of East Germany. East Germany and West Germany formally re-unified by the end of the year.
The Berlin wall had fallen on November 1989.

- The previous match between the nations, as well as the previous in Brussels, was a European Championship qualifier on April 27, 1983 won 2-1 by Belgium in Brussels’ Heysel Stadium.
Belgium players: Ceulemans and Vandenbergh were
the players still remaining from that match.
Belgium manager Guy Thys also managed Belgium in that match.
Ceulemans scored one of Belgium’s goals.

- East Germany’s previous win over Belgium had been a 2-1 win in a European Championship qualifier in Brussels’ Parc Astrid Stadium on September 27, 1975.

-On May 1, 1991 Germany played a UEFA European Championship qualifier vs. Belgium (1-0 win).
Matthias Sammer started in that match for Germany.
Belgium players: Preud'homme, Albert, Versavel, Franky Van Der Elst, Degrjse, Scifo  and Wilmots also played in that match. Bodart and Staelens remained on the bench for that match.

-This was Belgium’s first home loss since losing to Brazil in a Friendly in Antwerp on October 12, 1988.

-Belgium’s Stephane Demol and Enzo Scifo were the only foreign based player on either team, both playing with French clubs. 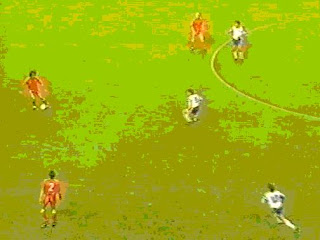 -All East Germany players were home based, with Sammer being the only one with then West German team.

-Belgium manager Thys was due to retire at the season’s end. On May 12, 1991, Paul van Himst was officially appointed as national team manager. 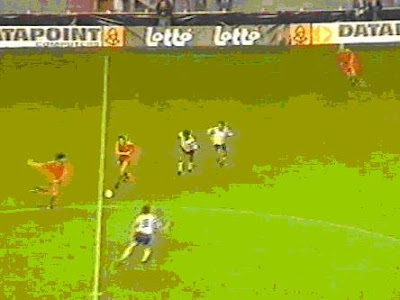 -East German Torsten Kracht earned his second and final cap. His previous cap had been on April 13, 1988 at Bulgaria (away 1-1 tie). Both his caps were away from East German soil.

-East German Dariusz Wosz earned a further 17 caps and one goal for Unified Germany from 1997 to 2000. 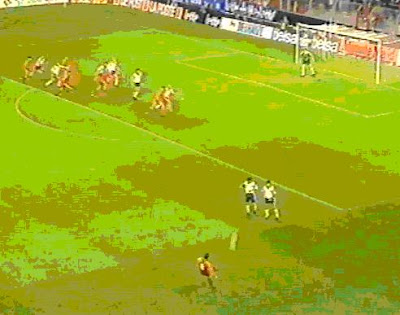 -East German Matthias Sammer scored the two final goals of History of East Germany. He earned a further 51 caps and 8 goals for Unified Germany from 1990 to 1997. He played for Germany in 1994 World Cup.
He was instrumental in Germany winning the UEFA European Championships in 1996, which led him to be elected as France Football magazine’s Ballon d’Or in 1996.
He later managed Borussia Dortmund to the league title in 2002.
His father Klaus Sammer earned 17 caps for East Germany between 1970 and 1973.

-Mathias Sammer played in the first unified match of Germany on December 19, 1990 vs. Switzerland (4-0 win). He was the only former East German to start the match. Although Andreas Thom did later come on and scored in that match.

-Belgium’s Geert Broeckaert earned his one and only cap. 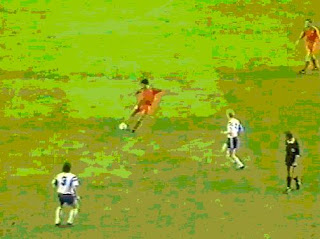 -Both Sammer and Scifo had a dismal season at Italian Serie A club Internazionale FC Milano in their career and transferred out shortly thereafter.

-East Germany had originally been in European Champioship qualifiers for 1990/92 with West Germany and Belgium, but withdrew with the impending re-unification. 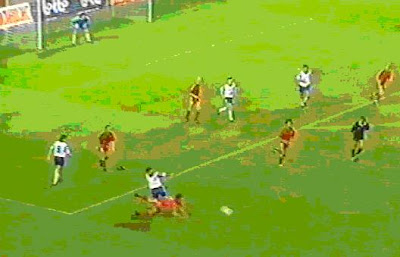 -This was Belgium’s third straight defeat, after losing to Spain and England during 1990 World Cup.
By losing to Wales 1-3 on their next match on October 17, 1990, Belgium went through a 4 game losing streak.
They would snap the losing streak with a scoreless tie with Italy on February 13, 1991 and would earn their first victory since defeating Uruguay during 1990 World Cup by defeating Luxembourg 3-0 on February 27, 1991.

Articles on Teams and Events-Part 4

An article about West Germany’s preparations as host for the upcoming 1988 Euros, the article profile Olaf Thon as well as the Berlin Easter Tournament with matches vs. Argentina and Sweden
(Magazine / Language : Foot Magazine, May 1988 / French)