-Match number 399 for Bulgaria and number 497 for Scotland.

-This was only the third meeting between the nations.

-Bulgaria has not defeated Scotland to date.

- The previous match between the nations was the first leg of this European Championship qualifier on September 10, 1986 in Glasgow that ended in a scoreless tie.
Scottish players: Leighton, Malpas, McStay and Aitken and Bulgaria players: Mikhailov, Nikolov, Petrov, Iliev, Simeonov, Sadkov, Aleksandrov, Sirakov and Voinov were the players still remaining from that match.
This was Scottish manager Andy Roxburgh’s first match as Scotland manager.

- Scotland’s previous win over Bulgaria had been a 2-1 win in a friendly in Glasgow on February 22, 1978.
This was also the first ever match between the nations.
Bulgaria’s Plamen Nikolov was the only player still remaining from that match.
In fact he earned his first national team appearance for Bulgaria in that match.

- This was the first ever match between the nations on Bulgarian soil.

- The next match between the nations, as well as the next in Sofia, would be a 1-1 tie in a UEFA European Championship Qualifier Friendly on November 14, 1990.
Bulgaria players: Mikhailov, Stoichkov, Penev and Sirakov and Scotland players: Malpas, Gillespie, Durie and McClair were the players still remaining from that match.

-Scotland’s next win over Bulgaria would be on Japanese soil (Kobe) for the 2006 Kirin Cup on May 11, 2006 and a 5-1 win.
Borislav Mikhailov’s son Nikolay also played as a goalkeeper in that match.
Hristo Stoichkov managed Bulgaria for that match. 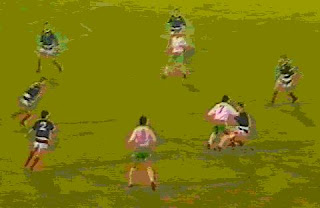 -Bulgaria only needed to hold onto a tie to advance to the Euros in West Germany. Scotland’s win eliminated them and enabled Republic of Ireland to qualify.

-Bulgaria captian Georgi Dimitrov was injured and unavailable for this match. Sirakov skippered in his place. Krasimir Bezinski took his place in the squad. 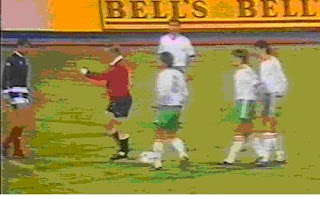 - Stephen Clarke is the current assistant manager of Liverpool FC.

-This was Scottish Gillespie’s only second cap. Both Scottish substitutes Mackay and Durie earned their first caps for Scotland. In Mackay’s case also his first goal.

-Plamen Nikolov was the only foreign based player on the Bulgarian team/.

-All Scotland players were British based.

-Both goalkeepers earned their 38th cap. 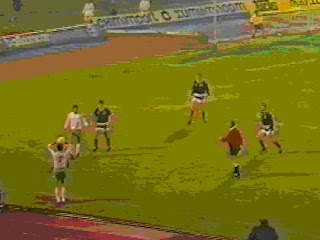 - Borislav Mikhailov is the current president of Bulgaria’s Soccer Federation and is also on UEFA’s executive committee.
He played in the United Kingdom in the 1990s for Reading FC. 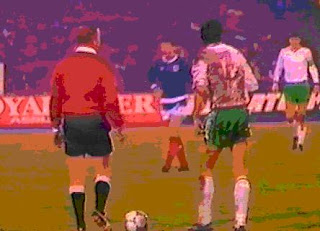 -Future European player of the year, Hristo Stoichkov had returned to active duty that season after being suspended for over 2 years for his part in the 1985 Bulgarian Cup Final brawl between CSKA and Levski.

-Mikhailov, Stoichkov and Sirakov were part of the Bulgaria squad that finished fourth in the 1994 World Cup.

-Neither team had up to this point qualified for the Finals of a UEFA Euro Championships. Scotland would manage it for the first time in 1992 (also 1996) and Bulgaria would do so in 1996.

- Petar Aleksandrov had to be substituted out because of a shoulder injury in a collision with Scottish defenders.