We discuss his book released last year (2021), ‘Before the Premier League, A History of Football League’s Last Decades’ (2021)

This following is copied directly from Mr. Whittle’s Blog on his book Description:

Before the Premier League looks at the major developments in English football between the late 1950s and the early 1990s that led to the transformation of the game. The book traces the changes over the last decades of a unified Football League, and details how they combined to revolutionise the sport. From the transfer market and attendances, playing conditions and wages, to the influence of sponsorship and television, Before the Premier League is an account of the factors which shaped modern football.

Several in-depth interviews with players and fans of this era bring the history to life and illustrate the main themes which run throughout the book. Their first-hand experiences and memories of English football give a unique insight into how the game was played and watched long before the Premier League.

This is a book that I have spent several years researching and writing. It covers a period in time stretching back from my formative years watching football in the 1980s, to the late 1950s when the Football League moved to four national divisions for the first time. The main inspiration for the book was R.C. Churchill’s Sixty Seasons of League Football, published in 1958, which looked at the history of the Football League from its formation in 1888 up to that point. My idea was to continue that history, and bring it up to the creation of the Premier League in 1992, which changed the face of English football. With the help of several fans and ex-players, I have attempted to tell the story of the last decades of the unified Football League, but I am sure there are many other histories to be written. 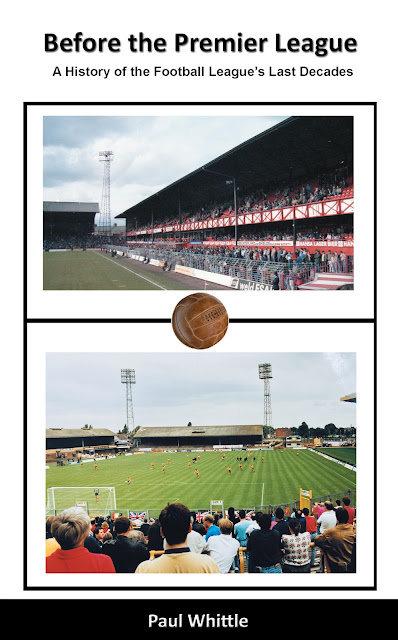