In my continuing collaborative series with @1888Letter, I will ask the experiences of Brazilian Journalist Mr. Victor de Andrade, Editor of O Curioso do Futebol.

Response:  Among my earliest memories is football. I was used to my father and uncles watching football, especially in stadiums, and I believe I started reading football magazines back in 1985/1986, when I was six /seven years old. My parents, from an early age, encouraged me to read, so I learned to read at age six with newspapers and magazines, being helped by my parents. And it was at this time that I started reading various publications, including football magazines.

Soccernostalgia/@1888Letter Question: What was the first Soccer (Football) magazine that you read as a new young fan of the game? (Personally I am only familiar with ’Placar’)

Response:  The first magazine I read about football was a 'Placar' talking about the 1986 World Cup Qualifiers. In fact, despite having had several football magazines in the past, such as A Gazeta Esportiva, in the 1980s 'Placar' dominated the market and there was no competition. 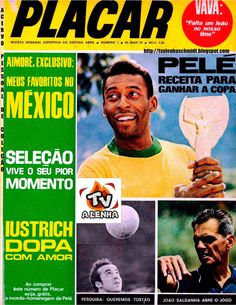 Response:  In the 80's and 90's, Placar was practically the only football magazine in circulation in the country, because as I said in the previous question, it dominated the market. In the 2000s, the Lance! Newspaper decided to release its revised version, which even tried to rival Placar. It had some cool stuff, but it never got the quality of Placar. There was also Trivela, of excellent quality, but it had no economic power and then only on the internet.

Response:  The Placar was A4, but in the mid-1990s it underwent a total overhaul and got bigger. After a few years it returned to its A4 size. I was very fond of the guides of the state championships and the Brazilian championship that Placar launched. They were very complete! Other than that, the section on table soccer button shields was a genius in a time when there was no internet. In addition, its reports marked the epoch. Trivela had good reports in the few editions that were sold. The Magazine Lance! was very similar to the newspaper in its editorial line and I was not much of a fan.

Soccernostalgia/@1888Letter Question: Was the coverage of Football mainly local or was International Football news covered as well in a meaningful way?

Response:  Until the early 2000s, the international football sections were small in magazines, except when talking about Brazilian players abroad. Then the space increased. In recent years, Placar has even released a European Championship guide, something unimaginable in my childhood and adolescence (I'm 40).

Response:  Practically only Placar, whether its monthly issue (or weekly, because there were several times that the magazine was weekly) or special. The Lance Magazine! had a good distribution. The others were pretty hard to find. 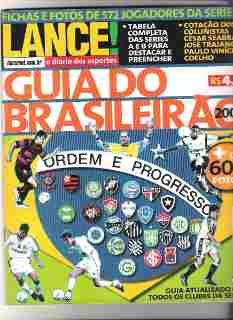 Response:  Yes! The English Four-Four-Two, for example, was not that hard to find. The problem was the price, depending on the value of the dollar at the moment. With the advent of Mercosur, Argentina also began to find El Grafico in some locations. The others were harder to find around here.

Response:  At the time when I was only studying, in my childhood or adolescence, it was usually me who went to the newsstand to look for the daily newspaper edition and always asked the paperboy, "Have you got Placar yet?" This question was asked until the issue arrived. Then it was a ritual to read page by page, decipher each graphic and photo.

Response:  Of course, in the early editions I read, still very young, I liked the tables and graphs better. Over time, I came to prefer the deeper written analysis. I liked the great reports very much. There was one at Placar in 1996, talking about football in Jamaica, that a Brazilian coach, Renê Simões, had gone there to coach the local team and that the task of qualifying the team for the World Cup was very difficult. Isn't it that he got it two years later?!?!?!

Response:  It got much worse! Editora Abril, owner of Placar for many years, was a reference in journalism, not only in sports. However, in this decade, the magazine changed its owner and the quality is getting worse. They would rather invest in attention-grabbing subjects than beautiful reporting. For example, a story about Jamaica, as I mentioned above, will be very difficult to get into the magazine these days. In addition, there are the misconceptions: They recently released a special edition stating that Neymar is the best player in Brazil after the Pelé era. Obviously that is not true! As much as he is a great player, Brazil had, after Pelé, Zico, Socrates, Falcao, Romário, Ronaldo, Rivaldo, Ronaldinho Gaucho and Kaka. From this list I mentioned, Neymar is no better than everyone.

Response:  Hard to say what was the best time. I believe that Placar in the 1980s was unsurpassed. In the 2000s, they also made good edits, but in recent years it's very bad. I also highlight the few printed editions of Trivela, which had great quality. 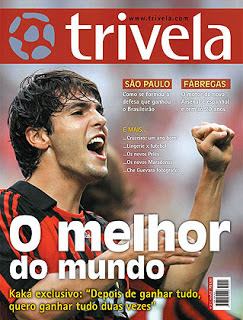 Soccernostalgia/@1888Letter Question: The daily newspapers play a big part in the coverage of the game. Can you compare these daily papers to a magazine like ‘Placar’?

Response:  Yes, they can be compared to Placar. Brazilian sports daily newspapers are divided into two seasons: the first, which was dominated by A Gazeta Esportiva (newspaper version), in São Paulo, and Jornal dos Sports (pink paper), in Rio, which lasted until the end of the year 1990s and, after that, the Lance! era, which lasts to this day. The first era is very special, as their archives portray the Golden Age of Brazilian Football, the 60s. Already in the present era, they tried to create competitors for Lance !, as a Brazilian version of Marca and even a Jornal da Placar. but both failed.

Response:  The taste even changes, but I don't think so much. I really enjoy getting old editions to read and do research. I say the same about newspapers. Nowadays, with the very dubious quality of Placar, I prefer to search the various interesting publications they have on the internet.

Response:  Yes!!! I believe because I did not see anyone do what Placar did at that time. Its Notary had information from all the championships in Brazil, with all state divisions and access. Today, nobody does this.

Response:  For a long time it did not diminish. However, with the current dubious quality of the only magazine you can easily find, I ended up switching to reading over the internet. However, if there is a publication that has quality, I will definitely read again. I still consume magazines on other subjects.

Response:  As I said, I would very much like to have lived the time when ‘A Gazeta Esportiva’ had its revised version. Other than that, there's nothing I missed.

Response:  Fully! However, less and less magazines and even newspapers, are sold in newsstands, that here in Brazil are becoming a kind of mini-markets. No PDF has no delay, you know until the time will come in your email or messaging application. Really, it loses its grace.

Response:  I thank the invitation and whenever you need, you can ask me.