-Match number 473 for Czechoslovakia and number 343 for Spain.

-This was only the 11th meeting between the nations.

-The next match between the nations, as well as the next match in Spain and Spain’s next victory, would be the return leg of this qualifier in Sevilla on November 13, 2004 that Spain wopn 2 to 1.
Czechoslovakia player: Karel Kula and Spain Players: Zubizarreta, Sanchis, Michel, Butragueno and Martin Vasquez also took part in that match.
Michel scored in that game on a penalty kick.

-The previous match between the nations on Czech soil was a Friendly, played in Bratislava on March 14, 1979, that Czechoslovakia won 1-0. 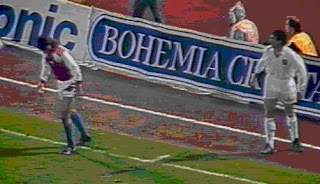 -The previous match between the nations on in the same stadium was also European Championship qualifier, played on October 1, 1967, that Czechoslovakia won 1-0.
Manuel Sanchis’ father played for Spain in that match.

-Spain’s next match in Prague would be a World Cup qualifier, vs. Czech Republic on October 9, 1996 in Prague’s Letna stadion that ended in a scoreless tie.
Czech players: Miroslav Kadlec and Pavel Kuka and Spain Players: Zubizarreta, Amor and Hierro also took part in that match.

-Spain’s qualification campaign was disastrous; they lost 4 times, twice to France, to Czechoslovakia and a humiliating loss to Iceland in Reykjavik
Spain failed to qualify to the finals of an Official competition for the first time since the 1974 World Cup. 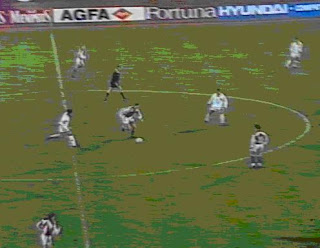 -Czechoslovakia Manager Milan Macala had been appointed at the beginning of season, having taken over from Jozef Venglos.
He later coached in many Gulf countries.

-Spain were wearing their away uniforms of white for the first time since December 1986 vs. Albania.
Next time they would wear white would be on June 10, 1994, during a 2-0 win over Canada.

-This was Spain’s first defeat in a qualifier since losing 0-1 to Republic of Ireland in Dublin on April 26, 1989.

-Two goalscorer, Vaclav Danek would be the third highest goalscorer in Europe that season.

-Michael Bilek is the current Czech Republic National Team manager.
Bilek’s next cap would be on March 25, 1992 vs. England (2-2 tie).

-Czechoslovakia players: Ivan Hasek, Tomas Skuhravy, Miroslav Kadlec and Lubomir Morvacik had just joined foreign clubs, as it was much easier to move following the fall of Communism the previous year.

-Miroslav Kadlec would be Bundesliga Champion with Kaiserslautern that season.
His son is currently in the Czech Republic national team coached by former teammate Bilek. 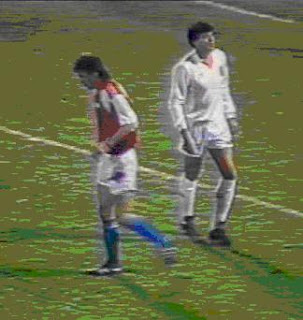 -Ivan Hasek, Lubomir Moravcík, Dusan Tittel, and Vaclav Danek played for French clubs in their career.
As did Spain’s Martin Vazquez who played for Olympique Marseille for a few months in 1992.

-Lubomir Moravcík also played in Germany and Scotland (Celtic Glasgow) in his career.
Moravcik is mostly remembered for being sent off vs. West Germany during 1990 World Cup for kicking his shoe in the air in disgust at a refereeing decision.
He also played for Slovakian National team, as did Tittel and Hipp.

-This was Milos Belak's second and last cap.

-Spain were missing Manolo, Fernando and Alkorta. Alberto Gorriz and Chendo were no longer in national team reckoning.

- Guillermo Amor came on as a substitute in the last 4 minutes, for his first ever cap for Spain.

-Roberto’s last goal for Spain, in his penultimate match for Spain. His last cap would be vs. Portugal in January 1991.
He had just rejoined Valencia that season after 4 years in Barcelona.

-Roberto and Andoni Zubizaretta have both played for Barcelona and Valencia in their careers. 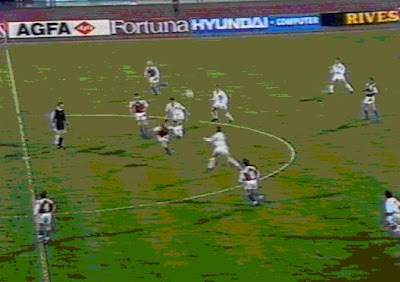 -This was Carlos’ third straight goal for Spain in his first three caps
He would score twice in the next match in December vs. Albania in a 9-0 win

-Emilio Butragueno would score four goals in the next match in December vs. Albania in a 9-0 win. He would become Spain’s top goalscorer with 26 goals overtaking Alfredo di Stefano.
He would also be Spanish la Liga’ pichichi that season with 19 goals.

-Rafael Martin Vazquez was the only foreign-based player in the Spanish national team. He was the only one in the pre-Bosman days.

-Martin Vazquez and Czechoslovakia’s Skuhravy were Italian Serie A based players.

-Juan Goicoetchea was the revelation of the season in Spain with Barcelona, having returned that season after a two-season loan from Real Sociedad.