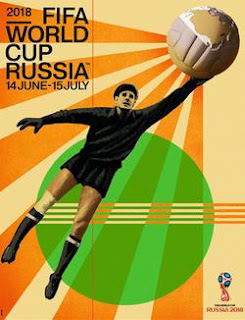 -According to a number of sources, Jorge Sampaoli is about to be dismissed as Argentina Manager.  (Source Sport Bild online)

-Former German International Stefan Effenberg stated that he preferred Mario Mandzukic to Neymar and has he been younger would have been worth 200 Million Euros. (Source AS.com online)

-France Captain Hugo Lloris has tied Michel Platini’s number of matches in a World Cup with his 14th match. He is still behind Thierry Henry and Fabien barthez (17 matches each).  (Source L’Equipe online)

-France’s Kylian Mbappe has become the third youngest player to play in a World Cup Final after Pele (17 years in 1958) and Giuseppe Bergomi (18 years in 1982).  (Source L’Equipe online)

-Croatia’s Ivan Perisic, who was an injury doubt, did after all play in the Final.  (Source L’Equipe online)

-France’s Raphael Varane has now won the World Cup and Champions League in the same season.

-Kylian Mbappe became the youngest player since Pele in 1958 to score in a World Cup Final.

-Mario Mandzukic is the first player since Dutchman Ernei Brandts (1978, Holland 2-Italy 1) to score a goal and an own in a World Cup match. (Source BBC Football online)

-Mario Mandzukic is in fact the first player ever to score an own in a World Cup Final. (Source Daily Mail online)

-Belgium goalkeeper Thibaut Courtois stated that he did not watch the final on Television as he had no desire to watch the French celebrate. (Source RTBF.be online)

-Pele sent a number of complimentary tweets to Kylian Mbappe. In ne he tells him 'welcome to the club' and in another he stated 'if Kylian continues to tie my records i will have to dust off my boots..'.

-Croatia Manager Zlato Dalic stated that it was wrong to award a penalty like that in a World Cup Final. (Source AS.com Online)

-The Man of the Match for today:
France’s Antoine Griezmann (France 4-Croatia 2)