English striker Brian Deane burst onto the scene with Sheffield United in the early 90s. His form earned him three caps with Manager Graham Taylor in 1991 and 92. However, that would be the extent of it and his transfer to Leeds United in 1993 did not enhance his international prospects.

West German forward Jurgen Milewski was part of SV Hamburg’s successful side of the 1980s. However, he was unable to convince Manager Jupp Derwall and only earned three caps from 1981 to 1984. 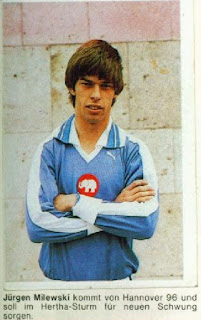 Alfons Bastijns was a Belgian defender who was a mainstay of Club Brugge for over a decade. However, his chances were limited at International level and just managed 3 caps from 1970 to 1977.

Scottish defender Scott Telfer had a good spell at Coventry in the late 90s-early 2000s. He earned only one cap under Craig Brown, on March 29, 2000, Scotland 0-France 2. He was replaced in the 78th minute. 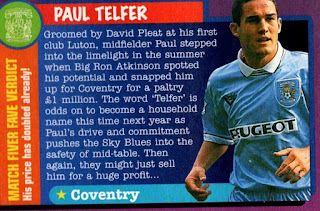 Italian midfielder Gianfranco Mateolli was part of Azeglio Vicini’s U-21 Italy side and when Vicini became the senior side Manager in 1986, he included Mateolli in his initial squads. Mateolli took part in 7 matches in the first years of Vicini’s regime (1986 and 1987) before being discarded.